W.J. of Hardinsburg, KY is a new oxygen patient, but he has very quickly come to appreciate how much of a difference his portable oxygen concentrator has made in his life. In fact, "it's like a miracle," he says.  Currently, W.J. is undergoing weekly treatment at his local hospital, and has regular doctor appointments.  He is out of his home 4 or 5 times a week, and with this kind of schedule standard oxygen tanks would not work for him. "I used oxygen tanks for a short time, but they were too heavy."

Fortunately, W.J. was referred to Open-Aire and he was able to get a lightweight portable oxygen concentrator that has greatly reduced the burden of his hospital trips. Now that the tanks are gone, his trips to the hospital are much easier. "One battery is all it takes," he says. "That gets me to the hospital. I use their equipment while I’m there, and when it’s time to leave my portable oxygen concentrator is still ready to go."  We wish W.J. the best, and hope his trips to the hospital end soon so he can return to  an active and mobile life.
Posted by Open-Aire at 6:54 AM 1 comment: 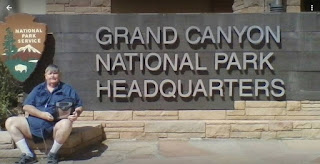 With his portable concentrator he didn’t need to worry about driving with dozens of oxygen tanks. Instead, all he needed to do was plug it into his car’s cigarette lighter and begin his day’s drive without worrying about running out of oxygen. "We averaged about 400 miles a day for 5 days. I don’t see how I could have done that using oxygen tanks."  Open-Aire is happy that we could help John on his amazing road trip, and look forward to hearing about where he goes next.
Posted by Open-Aire at 9:30 AM 1 comment:

This observance is a time to raise awareness among those afflicted, healthcare providers, and the communities in which we live.

Chronic obstructive pulmonary disease (COPD) is the third-leading cause of death in the United States. The disease kills more than 120,000 Americans each year – that’s one death every four minutes – and causes serious, long-term disability. The number of people with COPD is increasing. More than 12 million people are diagnosed with COPD and an additional 12 million likely have the disease and don’t even know it. The National Heart, Lung and Blood Institute recommends the following:

1. Be aware of the risk factors
2. Recognize the symptoms
3. Ask your physician or healthcare provider about a simple breathing test
4. Follow treatment advice

Key risk factors for COPD:
If you…
… you could be at risk for COPD.

If you are at risk for COPD:
Manage your COPD:

James B. of Las Vegas, NV had only been on oxygen a short time the day he saw a commercial for Open-Aire’s portable oxygen concentrators.  “A small concentrator that you can fly with? That sounds better than what I have,” he thought to himself. He soon called and started working with Open-Aire’s case managers.  He was able to get a portable concentrator through Medicare and his supplemental insurance, and had a great experience during the entire process. “The employees were absolutely super the whole way through." Now he’s getting ready to fly to Phoenix, AZ to visit family, and preparing for another trip back east later in the year.

The Freedom to Mow!

Jerry B. of Mansfield, OH always took great pride in his lawn. Every weekend he would spend his time trimming bushes, weeding, and mowing.  "I start mowing from one angle and then switch to the other angle on the next pass to give it a checkerboard look. Neighbors would tell me I manicure my yard, and not just cut it," says Jerry. However when he was prescribed oxygen tanks, he could no longer do it. Trying to mow while dragging an oxygen tank on the grass was just too difficult. 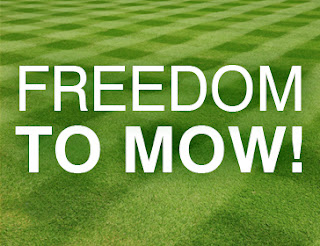 For several years Jerry was stuck with oxygen tanks, limited to what he could do, and feeling very confined. Simply leaving his house was difficult, and taking care of his lawn like he used to was out of the question. However, one day he saw a commercial for Open-Aire and thought maybe a portable concentrator could be an alternative to oxygen tanks. After speaking with his doctor and Open-Aire case managers, it was determined that a portable concentrator could be a great option for him. Once he was given the go-ahead he did not waste time in switching from tanks to a portable oxygen concentrator.

Once he had his portable oxygen concentrator, Jerry was able to mow his lawn again for the first time in three years. He tells us, "I still can’t do it all at once. I have to take a couple breaks, but I get it done and it looks great!"  Now Jerry's lawn is looking manicured again, and the compliments from the neighbors have returned.
Posted by Open-Aire at 7:07 AM 2 comments:

When Richard R. of Rosendale, NY was using oxygen tanks he never had enough. A single oxygen tank wasn't good for anything. One tank wasn’t even enough to get him to his doctor’s office and back home. No matter where he went or what he did, he always had to bring several spares with him, and even then if an appointment ran late he could run out of oxygen. One time while visiting friends at a nursing home, he had to borrow THEIR oxygen because he had run out.

Finally, after seeing a commercial for Open-Aire, he thought a portable oxygen concentrator would eliminate his constant need for extra oxygen tanks. Open-Aire case managers helped him through the process, and soon he was able to enjoy portable oxygen.

Now he can finally go outside the house for more than a short time, and doesn’t have to worry about running out of oxygen. Richard says, "yesterday I went to the doctor, did some shopping, yapped it up with a couple of buddies and when I got home I still had plenty of battery life." While he was at the doctor’s office he enthusiastically showed it off to her. His doctor was happy he wasn’t using tanks anymore and told him that if he had any issues she would help resolve the problem. Richard just smiled at her, pointed to his portable concentrator and said, "the problem has already been resolved."
Posted by Open-Aire at 6:58 AM 1 comment:

Summer has arrived and along with it hot weather. High temperatures bring several health concerns, but oxygen patients who use portable concentrators have an extra one – overheating units. Most portable concentrators are very durable and can endure extra warm temperatures, but under certain circumstances overheating is possible. Here are a few helpful tips to keep your portable oxygen concentrator cool. These simple rules can help you all year long, but are especially important during the summer months. 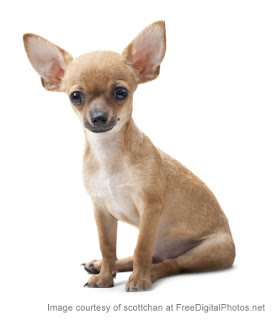 He still uses that great man-cave of his today, but now he's able to spend afternoons out of the house doing things he likes to do. He takes trips around town, goes out to eat and attends some local auctions where he recently won a very expensive vacuum cleaner with a bid of just a few dollars. Best of all it allows him to be a little more active. And now that the weather is warming up again that means more walks for Nester.
Posted by Open-Aire at 11:55 AM 1 comment:

Maintenance Tips – Air Filter
Posted by Open-Aire at 11:26 AM 6 comments: